The Art of the American Snapshot 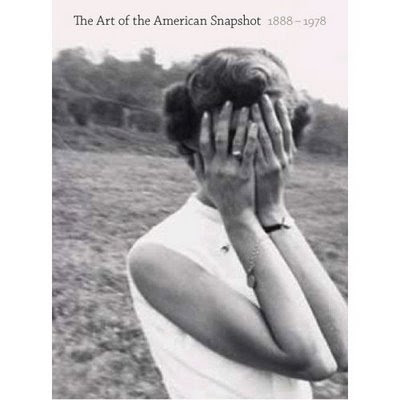 One of the weirder issues of living in NYC (at least for me) is a sense of confinement, of not getting out of the perimeters of daily life, unless accessible by subway. One of my great regrets of the past year, in terms of NOT doing something, was NOT going to DC to the National Gallery for the exhibition The Art of the American Snapshot, 1888-1978

The catalogue, mercifully, is a marvelous alternative to "being there." Following shows such as The Snapshot at the San Francisco Museum of Modern Art, Other Pictures at the Metropolitan Museum, and Closer to Home at the Getty Museum, The Art of the American Snapshot 1888-1978 is a comprehensive survey of snapshots, as historical forms, from the collection of Robert Jackson. Jackson's collection has great aesthetic appeal, but its assiduous cataloging of the various permutations of snapshots over a 90 year span, gives it a historical resonance in tandem with any visual pleasure. In short, it is a very rich experience.

In the Summer 08 issue of Art Journal there is a trenchant criticism by Catherine Zuromskis about the collecting & exhibition of vernacular photography in art museums - that the snapshot is forced into a new role as "art" & as such is re-evaluated in modernist, formal, artistic terms, unconnected to its origins or histories. This is an echo of the essays of a generation ago now by Rosalind Krauss & Abigail Solomon-Godeau, among others, about the re-writing of photography into the museum ("Photography's Discursive Spaces: Landscape/View," "Calotypomania: The Gourmet Guide to Nineteenth Century Photography").

In discussions about the exhibition of snapshots, I would also cite exhibitions/catalogs which explore vernacular forms explicitly, such as The Art of the American Snapshot, Barbara Levine's Snapshot Chronicles, "African American Vernacular Photography: Selections of the Daniel Cowin Collection" at the International Center of Photography. Or to cite another kind of history "re-written", the exhibition/catalog Let Your Motto Be Resistance: African American Portraits, curated by Deborah Willis utilized commercial portraiture of public figures to create a revisionist "Gallery of Illustrious Americans" a la Matthew Brady, as a visual history for a disenfranchised but not unremarkable community. & also David Deitcher's exploration of gay desire in the show/catalog Dear Friends: American Photographs of Men Together 1840-1918. This is not to contest the points made by Zuromskis, but to tease out alternatives to the hegemony of the art museum, as described.

The Art of the American Snapshot 1888-1978 is the fullest exploration of snapshots I know of to date. Its attention to forms, time periods, & historical circumstances illuminates what has been all to easy to overlook in our scraps of the everyday. This is a very exploratory & educational collection.
Posted by One Way Street at 6:25 AM