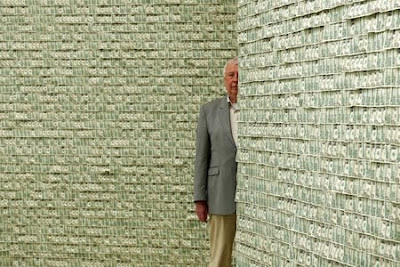 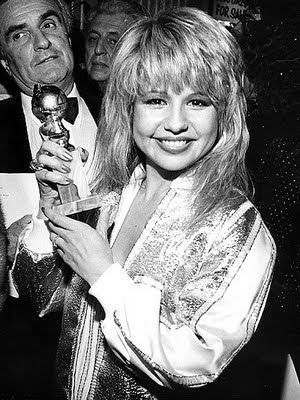 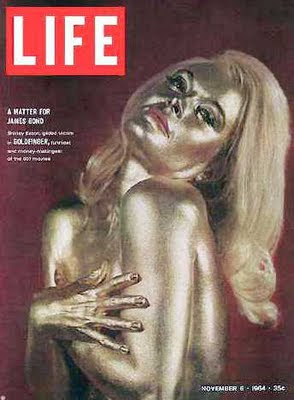 The quote, or more properly, misquote (probably), is from Thomas Bernhard: In one of the books he wrote that getting a prize is society's way of shitting on you. It has been many years since I first encountered what is probably a genuine misread, yet in whatever error it exists in my memory, it has somehow stayed with me, as a call to stoicism contra the capricious vulgarity of any sort of award.

At this point I am from an older generation when awards had a clearer caste system: When Pia Zadora getting the Golden Globe was kitsch both for Zadora AND the Golden Globe, for example (& one could appreciate Pia Zadora even more for being such an ebullient prize winner, but of what?). Awards add luster & validation to the most routine entertainments - my sense is in the future the database of awards will function as a social mirror much in the same way that advertisements can, as embodiments which seem full in their time, & afterwards act more as a graph of lost illusions.

Last week I saw the Hans-Peter Feldmann installation at the Guggenheim Museum, New York, in conjunction with his award of this year's Hugo Boss Award, which comes with a grant of $100,000. Feldmann's installation is lining the walls & posts of the gallery with 100,000 US dollar bills, pinned in even rows, floor to ceiling.

The gallery is large. Before I saw the installation, I had wondered if 100,000 dollar bills covers a little or a lot. There is some overlap involved which makes me think that it did involve some creative geometry to include all the bills. US money is remarkably drab - the neo-classical graphics are lugubrious both in dull, narrow monochromic tones & in all-too-official, historicizing imagery. The sober tonalities line what is otherwise a brilliantly white cube contemporary gallery. The dollars look like some dull reptilian scale. That week, my friend S. whose interests are in the realm of haute couture & what he terms luxe, told me about a $40,000 handbag made of wild crocodile he had seen. Unlike such a luxe handbag (well, at least for some), seeing $100,000 pinned to the walls is extremely static & uninteresting, which is I am guessing, precisely the point, or a point - I think there's a lot going on with this installation.

The Hugo Boss Award is a global art prize: it presupposes a globalized art economy, presumably without national borders. There's a lot of conceit in this: one could still stake out borders within this magical Everywhere. "Global" is for a "global" class which excludes most of the globe. A "global" award functions like any global corporate action. It is not art which is the global Esperanto linking all, but the economy itself, & in things like the Hugo Boss Award, or the Guggenheim franchise (from NYC to Abu Dhabi), it is all luxe decoration, & perhaps not as satisfying as a wild crocodile handbag. One looks sadly for more purpose than that, & come up short. It reminds me of a visual pun in Jacques Tati: an office lined with travel posters for far-flung places of the world, all of which look identical.

The installation was remarkably empty, in fact it was downright peaceful. Other than seeing 2 boys stopped from photographing one another posing with wide-open arms in front of the plenitude of dollars, there isn't much to do in the gallery per se, although I found it remarkably moving, perhaps because of its visual spareness, & that it could function without the existence of any art object. If anything, going into the next gallery, for an installation of post-Impressionist paintings from the Thannhauser Collection, which included, immediately, a spectacular Van Gogh of the mountains of St Remy, & a Gauguin Tahitian fantasy of a near-nude boy with a horse in a jungle, both of which I could describe flippantly as masterpieces, was quite jarring. & if anything, $100,000 could buy a few inches of these paintings at best. & masterpiece quality aside, these paintings looked like psychedelic posters in comparison.

Feldmann's installation made $100,000 look insubstantial, even a bit unreal - excuse the pun, but it just didn't "add up." It was not like seeing the interior of Fort Knox like in Goldfinger - it had nothing precious or prized about it at all. & it was neither cynical or ironic - if anything it reminded me more of simply pulling a few dollars out of my pocket, when that is all there is, rather than any artistic strategy.

There were crowds, mostly of tourists, going into the Guggenheim, most of which was closed for the Lee Ufan show. A well-dressed woman pushed past me in the revolving door saying she was here "FOR THE FELDMANN!" as was I - & I never saw her in the gallery, either. The more show-stopping Van Goghs & Gauguins were mere steps away, after all.

The quietness of Feldmann's gesture of the installation impressed me, as well as the larger issues at hand: the airy symbolism of money, its teetering between worth & worthlessness, its use as a kind of black mirror in which one could see the commodity of art reflected in it. Money has a different presence for those with or without it. Given that almost any thing per se can be used in art-making in a "post-medium" art world (which is also global, of course), it still has a sense of being artless, even with the methodical if not decorative mode of pinning the dollars to the walls. The greenish tones of the dollars made the gallery feel like one were at the bottom of a very still pool.

I think of Feldmann's books & collections of ephemeral images - all of them modestly scaled. One of my secret tests with my professors & colleagues is to see how they react to Feldmann's work - does it have any impact or not? Feldmann is not that well known in the US & the only large-scale show with his involvement that I know of is The Last Picture Show which I saw at the Walker Art Center. I have a few rumpled issues of Ohio Magazine as well - another litmus test. Perhaps in the US the everyday is supposed to be be more special, & it can be jarring to sense that it actually not, visually, or otherwise.
Posted by One Way Street at 10:52 AM No comments: