Following the remarkable exhibition & book from the National Gallery in DC, Looking In: Robert Frank's The Americans, the Detroit Institute of Arts has a remarkable portfolio of Frank's images made in Detroit while on his Guggenheim fellowship, in 1955, which will offer even more insight into Frank's processes, as well as offering a rich (which in this context - excuse the pun) treatment of the city of Detroit as a subject matter. There are both well-known images as well as much more obscure & unpublished images in the group. It will be on view at the end of March.

Images made in Detroit constitute a good 10% of The Americans, & while images made at the Ford Rouge plant may be easily identifiable, there are such iconic images in Frank's work such as of a couple at a rodeo, or the Gratiot Drive-In, which offer a much more complex vision of the post-WWII metropolis. That Frank, a Swiss emigre, in New York, would locate Detroit as a site remarkable for its industry as well as its strip-mall modernity, its decentralization, indicates intuition & critical facility. Frank was friends with the writer Jack Kerouac, who had spent a short time in Detroit, earlier, & who by all accounts had experienced both highs & lows as a result. Perhaps Frank, as a result of his companionship, avoided any unnecessary highs (the Grosse Pointes, "polite" society). The Detroit in Frank's images is a working class world which hovers between the urban & the rural. I can't really term it suburban as what is in the images is not really about that. Suburbia implies progress, change. It's more about a kind of raw land given shape by mass production & cheapness, identity as a kind of blanket statement of commodities.

Growing up in the metro Detroit area in the 1960s & 1970s I have early memories of driving from Royal Oak to Northland, in Southfield, driving on rigorously straight roads (12 Mile, Greenfield, Southfield) through open land, & subsequently such flat tree-less prairie being filled with developments, to the point of un-recognition. As a child of New Deal Democrats I remember a bit of mirth at a street in Southfield momentarily named "Spiro Agnew Drive."

The downtown, which constituted for me most of the city, from the New Center down Woodward Ave. to the river, was an alternative universe of great urbanity.

The Frank images at the DIA constitute both well-known images such as the the Rouge assembly line & the Gratiot Drive-In, as well as images that were part of the series, but never finished, per se. This is a great opportunity to see Frank images in a much earthier manner than the museological pursuits of the NGA. While the depth of the Looking In project, as both publication & exhibition, is remarkable, I think that there's a kind of disjuncture in looking at the truly remarkable final prints, which were produced - finer than the reproductions in The Americans, finer than one would think, of the images. Such prints seem after the fact, as an image , a kind of commodification.

Frank's images of Detroit also engage the social world, unlike the almost contemporaneous work of Harry Callahan, made in Detroit before Callahan's move to Chicago. Frank is always at the tawdrier ends of things. Callahan photographed both weeds & parked cars as formal elements, whereas Frank showed the assembly line as dreary monotony & the nearby pleasures - fast foods at a soda counter, the drive-in movie - as rather disappointing palliatives.

Frank's images of Detroit in The Americans are among the most pungent in the book. For those used to a sense of history & culture in their sense of place, this may seem a bit foreign, but I would say that post-WWII Detroit was an urban sprawl on the edge of nothingness, of flat boring nothing. The hoopla around commodities & a safe sense of a good life could cloak the fence-post between cozy & void. But that's it. The twilight as seen in Frank's Gratiot Drive-In image is the sense of the planet turning, indifferent to the cars & drivers in the shadows below.
Posted by One Way Street at 6:42 PM 1 comment: 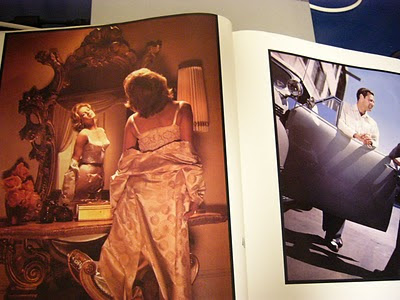 Candy Darling in The Death of Maria Malibran
Posted by One Way Street at 5:59 AM No comments: