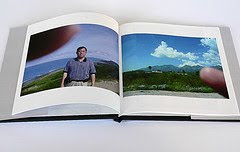 Photography as a medium of originality can be explored in museum collections, from the rough-hewn negatives & positives of the calotype, to the MFA mandated images of today. If one were to consider photography not just as another medium, but as a social phenomenon, its ubiquity as well as its banality must be taken into account. From the introduction of the Kodak camera (& image) in 1888, which created a global amateur market, photography has had a role beyond its aesthetics, in the everyday.

The industrialization of imagery, its crazy ubiquity, as well as its acceptance, indicates a faith which may extend beyond the average. The lowest common denominator may be recognition, if nothing else. A tacit faith in doing something, with a machine, which in its objectivity, denotes a moment, its reality.

I first noticed the books of Joachim Schmid on the shelves at Printed Matter. There is a great deal of humor in Schmid's self-published books, such as Phantome, in which a sort of game is involved, matching up media images of criminals with their crimes. Schmid addresses the absolute & unconscious aspect of photography, the fact that it is accepted without a question, as well as its role in daily life, whether or not that is actually clear. It is simply there.

The books,"Other People's Pictures" are a series of POD books available from Blurb. Culled from flickr, Schmid has created his own taxonomies using appropriate key words, & utilizing the daily excess of on line postings. "Other people's pictures" indicates a willingness to share & to be like others as much as it will show a sense of standing alone. Photography is a lonely but ubiquitous enterprise. I is like others.

The apparent clarity of selected keywords ("Mickey" or "Digits" for example) become strange & exotic. Ostensibly each book ordered from Schmid is itself unique in its selection & editing. No two are exactly alike, yet all are so familiar.

Photography in Schmid's book becomes a shared technology rather than a singular expressive medium. Our fantasies are also someone else's & we can see so, easily. On sites such as flickr this may be the salient detail/ which prompts not only an excess of compiling images, but of circulating them in an efficient & globally open manner.
Posted by One Way Street at 10:01 AM 1 comment: 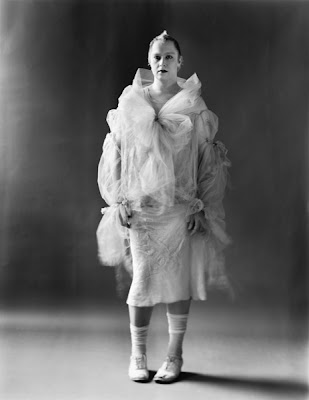 Another aspect which comes to mind is that in these portfolios there is also a sense of loss - from AIDS, drugs, the vagaries of time. We can see how much preciousness has slipped through our fingers, as it were, leaving us with these shadows of what had once been.
Posted by One Way Street at 12:13 PM No comments: