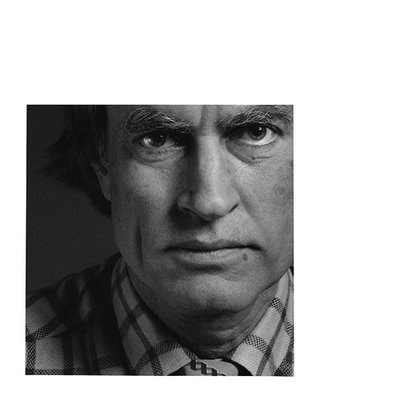 directed by James Crump is a feature length documentary about the late curator and photography collector Sam Wagstaff. Wagstaff began collecting photographs in the early 1970s, in tandem with his relationship with the photographer Robert Mapplethorpe - the collection was sold to the Getty Museum in 1984. The Getty's amassing of photography collections at that time, as well as its public announcement that the museum would not collect any other art of the 20th century, could be said to mark an important institutional shift in the acquisition of photography as art, by art museums, when it had hitherto been seen primarily as historical support material, without aesthetic weight. An exception to this was the Museum of Modern Art which had a separate photography department (and a highly influential role in establishing a distinct if possibly narrow canon of modernist art photography).

Wagstaff's collection, which had been exhibited at the Corcoran Gallery, and subsequently published in Book of Photographs, was of much wider "catholic" taste, with a plurality of styles, authors, epochs. Unlike a museum with a defined collections policy, Wagstaff's collection was distinguished by a much more avid enthusiasm and refined aestheticism which could be extravagantly inclusive as opposed to more distanced, rationalized institutional practices. Such deep curiosity and obsessive fascination were brought to materials long considered worthless scraps, bits of commercial vulgarity, flotsam well below aesthetic merit. Such a visionary state is a great example of the psyche of a collector - that the collector in a sense creates the work by fascinations, attentions - that that is what gives order & importance. In the case of Wagstaff, he & other contemporaneous collectors such as Arnold Crane and Andre Jammes, discovered a brave new world of images in looking at what had been otherwise overlooked.

The literature on Wagstaff's collection is scant, and like many collectors and curators, his name tends to vanish except as a footnote. Wagstaff had been a curator at the Wadsworth Atheneum, and at the Detroit Institute of Arts, before coming into an inheritance which facilitated his remarkable collection. Wagstaff came to collecting after an advanced degree in art history, and a brief, notable career as an "art professional." Wagstaff is also overshadowed by his patronage of and relationship with the photographer Robert Mapplethorpe, for whom Wagstaff offered very exclusive social connections as well as a truly aristocratic tutorial in the arts, far beyond Mapplethorpe's art school degree from Pratt. The ranks of high society & lowdown sexual practices tend to drive any narratives about either, which is truly unfortunate. As fun as any lurid tale can be, it doesn't really tell us much other than what we would know and expect, in the lowest common denominator. Seeing the film Black, White + Gray compelled me to reread Patricia Morrisroe's biography of Mapplethorpe, which is basically a tabloid profile extended to hundreds of pages. All characters emerge in the book as monsters of ambition & lust: How easy it is to forget these were also creative individuals who were able to create images, collections. What Mapplethorpe & Wagstaff did outside their private lives is hidden in melodramas of betrayal & depravity. There is a cheapness about such narratives: What do they reveal, other than our own tastes for the lowdown?

Crump's film skirts similar narrative emphases - focusing on Wagstaff's social connections, his good looks - & it includes characters directly from the pages of Vanity Fair. It is narrated by Joan Juliet Buck (who has a wonderful speaking voice), & it includes an interview with Dominick Dunne. Still, it is relieved by archival photographs, snapshots of and by Wagstaff, and a first, and last I know of for network TV, Wagstaff speaking about his collection, discussing photography on the Dick Cavett show, and glimpses of curators & historians such as Pierre Apraxine and Eugenia Parry (who seems rather wired & vociferously "anti" Mapplethorpe). The interviews tend to betray very hierarchical social standards - Mapplethorpe is spoken about as low class & uneducated, also a social hustler - a kind of irritant to the dominant class. Patti Smith, also from "the wrong side of the tracks," speaks quite a bit, & given the excerpts of her memories, she seems quite oblivious of class differences, which leads me to wonder about the barely concealed class hostilities in evidence, by the others.

I am not convinced a documentary film is an effective way of profile a person & that person's accomplishments - too much has to be left out, so little seems to be said, ultimately. Still, Black, White + Gray is a bright little glimpse into worlds so recently lost to us.
Posted by One Way Street at 7:43 AM