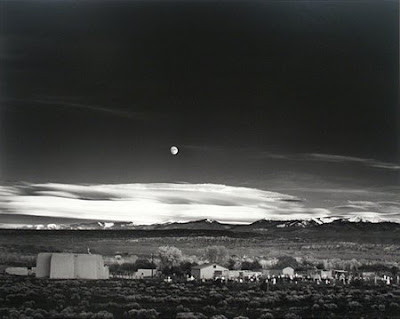 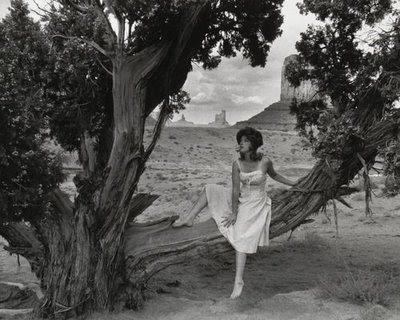 This seems like a very East Coast conceit to me, overall. It is vague platitudes about due west from the Hudson River. The original MoMA stalwarts such as Garry Winogrand, Lee Friedlander, Lewis Baltz, look best in a mish-mosh of banalities mixing exploratory wonderment with world-weary consumption. It bears some similarities for the show I saw last year at the Huntington Library in San Marino, Ca, This Side of Paradise, which dealt with images specifically of Los Angeles, mixing commercial work with artistic endeavors - also images which were not dependent on Los Angeles as contributing to their meaning (here thinking of the work of Lyle Ashton Harris & Laura Aguilar). & as opposed to the MoMA show, I thought the Huntington show rather extraordinary. As heterogeneous as "Los Angeles" may be - it is much more specific than "the West." That's all I can think of, comparing the 2 shows. Also, "Los Angeles" as a sequence of images, has little history, compared to "the West" which has an amazing iconography without it being necessarily photographic. It makes me long for what seems missing rather than what is there.
Posted by One Way Street at 2:57 PM No comments: