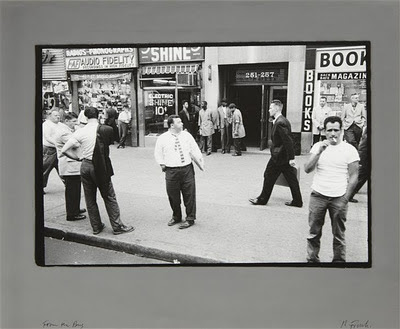 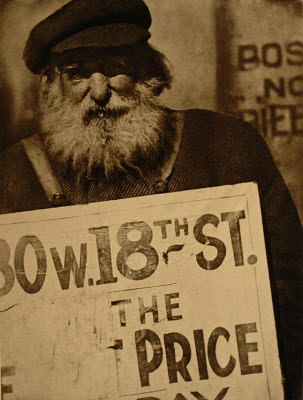 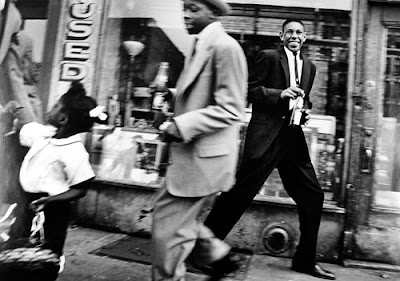 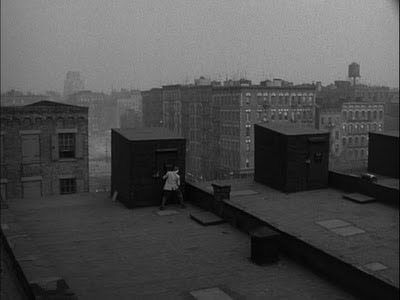 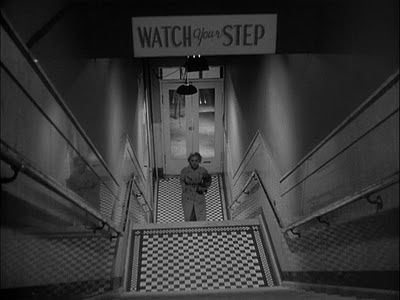 At this point in our sordid economic history this now seems implausibly enchanted. While the streets of New York were never far from darkness - never far from the Poe story, The Man of the Crowd, with its conclusion of never-knowing, of pure "modern" chaos incarnate facing us down, it still managed to have a presence, even when it is stylized such as in William Klein's New York book, or the early Stanley Kubrick film Killer's Kiss (filmed in Times Square, Washington Heights, Chelsea), which in our virtual world is now ignored. Attention to the world at hand seems possible in this work.
Posted by One Way Street at 3:24 PM No comments: