Looking In: Robert Frank's The Americans

One of the difficulties of looking at photographic oeuvres in recent retrospectives is the presence of the photographer him or her self, whether as a live presence or the active involvement of an estate. I don't find this remarked upon at all which I find problematic. I have been disappointed in exhibitions of truly great photographers such as Lee Friedlander, Diane Arbus & William Eggleston, primarily by the exhibits having a hagiographic aspect which avoided the nature of the work itself in deference to a museum-mausoleum solemnity of tedious seriousness.

Curiously, the current exhibition of Robert Frank's work for the book The Americans which originated at the National Gallery in DC avoids such institutional tedium, perhaps by virtue of its focus on a particular book & body of work. That the exhibit is about a publication, rather than a more general body of work, is remarkable too, although in some ways the book, in its various editions & incarnations, still appears somewhat peripheral to the images, which are shown in remarkably lush exhibition prints. Highlights of the show for me are a wall of work prints, which are in poor shape & unimpressive technically, as well as a vitrine of various editions of the book which is at the exit of the show. Both show a Robert Frank in process, as it were, as opposed to a grand old man of the medium. It seems unfair to lionize Frank or historicize his work, as what distinguishes it is its ambivalence about imagery & meaning, its intense tension in contemplating the visual. Frank's ambivalence seems young to me & unfinished, unresolved. Seeing such gorgeous prints obscures the work somehow. Perhaps my happiest encounter w/ Frank is in the Tod Papageorge book about Frank & Walker Evans - reading, study seem to be proper forms for looking at Frank. Or I think of the photos of the poet Allen Ginsberg, which can seem unexceptional except for his captions, but what captions they can be! I have yet to see Frank contextualized say in terms of the St Marks Poetry Project, or downtown NY once upon a time.

The Americans is a strange powerful book. Given its ambitious title it is remarkably unspecific about "America" except as a last resort, a vague & difficult window onto troubling opportunities, if at all. The title promises a travelog which never happens except in the most abject manner. Unheroic, crummy, stupid, boring - this is what is revealed stretching from sea to shining sea.
Posted by One Way Street at 1:17 AM 1 comment:

Empirical Experience: The Artist, Information, and the Book 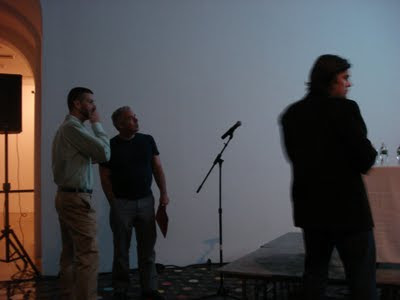 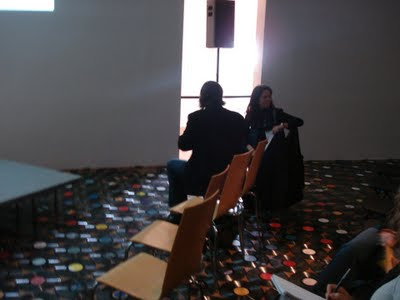 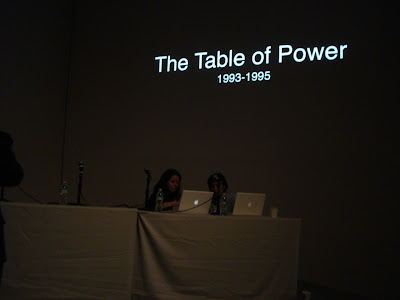 This session explores the use of data in the construction of artists’ books: The accumulation of information, its management, and concurrently its potential mismanagement, have been templates for artistic interrogations of the perimeters of the real, the document. In the age of the internet, with more than 1,001 wikis of unstable veracity ready at one’s fingertips for any conceivable topic, the artist’s book, exploring and mimicking the book form as a vessel of knowledge, becomes a rich counter-consciousness of existing cultural forms. Jacqueline Hassink and William E. Jones, two artists that visually communicate data-gathering activities, present their information and evidence in conversation with like-minded moderator Bernard Yenelouis.
Matthew Carson, organizer
Bernard Yenelouis, moderator
Jacqueline Hassink
William E. Jones
Posted by One Way Street at 6:28 AM No comments: