From Here to There: Alec Soth's America

The Walker Art Center exhibit, From Here to There: Alec Soth's America, is up until January 2nd. I haven't seen the expression used in any of the ephemera from the Walker, but in NY terms this would be a mid-career retrospective - a vague term which isn't meant to be the mid-point of someone's career (or one hopes it isn't). At first I thought the exhibit seemed rather small, but when I tried to make a general count of the images, there's a LOT.

My guess is that the initial minimal effect was the result of deep-seated memories of images from the books Sleeping by the Mississippi & Niagara, which were missing. Although both bodies of work are well represented - less can equal more in this case. & while the books can be the defining forms for groups of images, there are very cogent relations between all the various projects, in discreet mural prints on the white cube walls of the museum.

The writer Marguerite Young would pontificate about the Midwest as a psychic landscape, as being one step away from a great void, on the edge of a sea of nothingness. Civilization is thin and provisional. One is cut off from one's home or past, yet one always in proximity to them.

Marguerite Young comes to mind in looking at Alec Soth's work, as I find it suffused with a great deal of anomie, a sense of dread even, although usually balanced with amazing arrays of resilience. Another title I could give to the work, cribbing from Ken Jacobs, would be Little Stabs at Happiness.

Soth's projects are given provisional geographic barriers. Besides the Mississippi & Niagara work (both sites more prominent in 19th century culture) there is a very sad little book, of 4x6 prints with text, entitled The Loneliest Man in Missouri, which was shot in parking lots, in motels, outside strip bars - the landscape one could find in the Maysles Brothers' film Salesman. In tandem with the book there is also a video of a middle-aged man reading aloud The Love Song of J. Alfred Prufrock, with a stripper next to him, with overlaid sound of a recording by T.S. Eliot (a St. Louis boy after all) reading the poem as well. As absurd as the video is, it still carries a great deal of intensity - that sort of paradox, which can make me laugh as much as sense a great emptiness all around, seems the general theme of the work.

The work is full of a great deal of wit & observation, so perhaps my description of its existential cries can seem ridiculous, but I think the tension between levity & gravity are what inform it.

I was also struck by the language of the ephemera from the museum stressing the "eccentricity" of the "outsiders" portrayed, like the cast in a film. "Different" in the Midwest can be synonymous with wrong or bad or just plain crazy. I guess what seemed odd about that to me as I have always been struck by how deeply ordinary the people in Soth's photographs are - my sense is he just listens better than most people, & he's not interested in people clinging to convention as much as mutating in them. Each person can narrate a different cosmology. There is something very sensitive about how the people are photographed - the photographer is very present in the images, the interactions are apparent. In various interviews Soth describes himself as shy. Which doesn't mean uninvolved. I don't know if any of this means much - institutions like the Walker have to frame their artists in a general way, so the viewer can make a meta-narrative of the excesses of work.

The most anomalous image is of William Eggleston at home - anomalous in his fame, that is - Eggleston is also at home in Memphis, on the Mississippi, after all. Given the various celebrity treatments of Eggleston, this is immaculately composed, but shot from the shadows, behind French doors, almost like a surveillance image. It shows us an Eggleston who is very elegant, but not there to engage with the viewer or to enact himself for the camera. It reminds me of the last line of Touch of Evil: What can you say about a man? He was some kind of a man.

The last body of work is for the upcoming book Broken Manual. The images are not geographically bound, but all involve an idea of leaving society, going to the woods, running away, for contemplation, safety, disappearance. Monks. Conspiracy Theorists. A nude guy w/ a swastika tattooed on his shoulder. Treehouses. Graffiti. The books will be small books concealed inside large books, hidden, like their subjects, like contraband.

If I think about what is in the show - isolation, anguish, boredom, frustration, depression, rebellion, destruction, aversion to the social or the status quo; all are dealt with in a contemplative manner which give it all a curious lightness.

I've been isolated for the past 4 months, high above Cayuga's waters. Happy am I to have found this show.
Posted by One Way Street at 5:06 PM No comments: 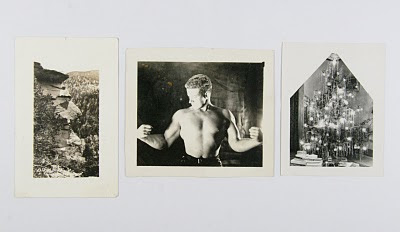 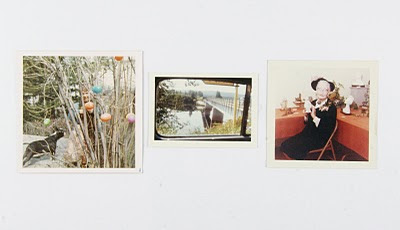 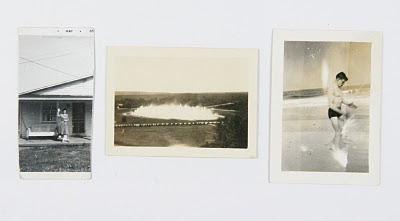 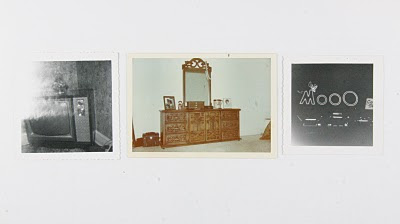 What hath God wrought? was the message Samuel Morse telegraphed between Washington DC & Baltimore in 1844 to demonstrate the efficacy of the technology. The telegraph lines were built by Ezra Cornell, who built a great fortune from such construction, which, in turn, funded the university where I will reside for 2 years.
Posted by One Way Street at 4:46 PM No comments: