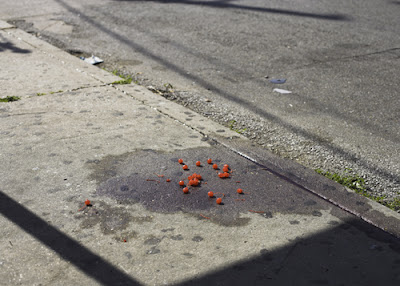 & it also makes one question the efficacy of many documentary images - how quickly are they meant to be seen? Are they just one more consumable aspect to our daily world? A kind of virtual junk parallel world of the suffering of others? Paul Graham's book(s) slow us down & make us look at what is at our feet.
Posted by One Way Street at 2:58 PM