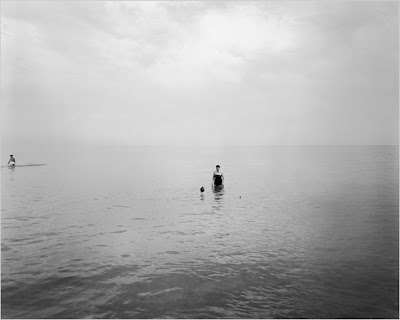 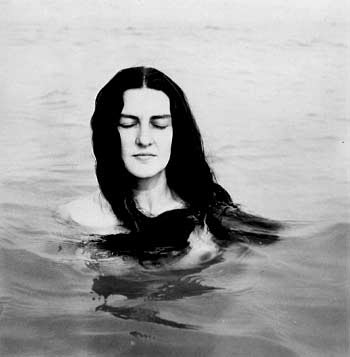 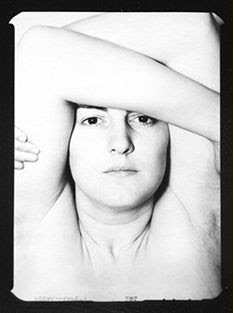 Recently in conversation with the collector Evan Mirapaul, Evan had mentioned looking at a collection of dye transfer prints made by Harry Callahan. Evan's enthusiasm brought to mind, in contrast, my own lack of attention regarding Callahan, a result of my own protocols of torpor - & I decided to look at Callahan's work again. It had been quite a while & I realize how much I have forgotten. Years ago in Michigan, circa 1979 or so, at the Halsted Gallery, when it was on South Woodward in Birmingham, I had attended an opening of Callahan's work - & both Callahan's were there - I remember them both as plump & smiling in this small gallery. I had seen some of the images before & it was remarkably low-key to see an iconic presence such as Eleanor Callahan in person.

Currently there is an exhibit at the High Museum of Art of work by Callahan - the organizing principle of the show is that the images are all of Callahan's wife Eleanor, & a very beautiful catalogue of the show has been published by Gerhard Steidl.

Harry Callahan is one of the great mid-20th century modernist photographers. Essentially self-taught, Callahan cited a workshop taught by Ansel Adams in Detroit, as the "turning point" for him in realizing the potentials of photographic practices. At that time Callahan had had an office job at Chrysler, his wife worked as a secretary. In this period, photographic education was ad hoc - no college programs, scattered workshops, apprenticeships, home darkrooms. Neither Callahan or his wife had attended university; although in lieu of his accomplishments, Callahan eventually became adjunct faculty at Laszlo Moholy-Nagy's New Bauhaus in Chicago, where emigres such as Ludwig Mies Van Der Rohe also taught. & then Callahan set up a MFA program at the Rhode Island School of Design, where he taught until his retirement in 1983. Along with his photographic accomplishments, one could say Callahan had as strong a role in photographic culture as an educator, as well.

The New Bauhaus became the Institute of Design at the Illinois Institute of Technology. The influence of emigres such as Moholy-Nagy & Mies impacted the booming post-war economy. The Midwest is often overlooked as a site of culture, but one could cite the design & architecture coming out of the Chicago, Charles & Ray Eames at Cranbrook, outside Detroit, the Saarinens, Eliel & Eero, at Cranbrook as well, & the muscle car designs coming from The Big Three, as examples of a post-war new world. The "new" as an idea informed mass media designs as well as urban & suburban development - clean, hygienic, rational lines - space itself became subject to the enterprises of newness & utility. Whether in terms of the packaging of mass-produced products or the logic of parking lots around suburban shopping malls, one experienced a kind of euphoria of the new & improved world.

Callahan's work is remarkable in its attention to the everyday. Unlike say a travel photographer, or Callahan's initial inspiration, Ansel Adams, Callahan stayed in the backyard, as it were. Remarkable images could be made wherever he happened to be: Detroit, Port Huron, Chicago, Providence. Location is in a sense a moot point - without a place name, the images remain the same. Callahan's images have an elemental simplicity: water, snow, grass, tree, & in images made over a 20 year span, his wife Eleanor, and their daughter Barbara.

In fashion there is a curious linguistic term, a Muse, who becomes a public example of a couture house. While it may sound poetic to term such a spokes-model as a Muse, it is also a position that comes with a salary & a contract. The term can also be used metaphorically & it is used to indicate a figure (usually female) who is an inspiration to the artist. In photography notable examples of the photographer/artist & his muse/collaborator include the hundreds of images by Alfred Stieglitz of his wife Georgia O'Keeffe, as well as some remarkable commercial photos made by Irving Penn of the model Lisa Fonssagrives, who also married Penn & subsequently retired from modeling. Stieglitz's images of Georgia O'Keeffe are distinguished by a self-conscious arty hauteur, & Fonssagrives was a remarkable model in her time, whereas Eleanor Callahan has a downright modest presence. In the interview with her in the book she is remarkably self-effacing about her role or lack thereof in the photos. Mercifully the term "muse" is absent from the Callahan catalogue, although one is certainly tempted to indulge in such a fanciful word - the book includes an introduction by Emmett Gowin, who studied with Callahan at RISD, & an essay by the High curator, Julian Cox, who also interviewed Eleanor Callahan for the book. Cox is also the author of a catalogue of the work of Edmund Teske, done for the Getty Museum, & he was involved in a catalogue raisonne of Julia Margaret Cameron.

Callahan's formalist aesthetics extend to images of his wife & child: there is a curious lack of psychology in the images - given their great intimacy, one is still in a space of restraint, as it were, of contemplation. These images are not meant to reveal anything other than their very design. The image of Eleanor in Lake Michigan, with her eyes closed, is one of the earliest images I can recall in which I became aware of photography as something other than just a picture - that it could be an interpretive skill. Perhaps even more remarkable are a series of horizontal images of Eleanor, in what in film-making is called a long shot: her figure stands in the midst of a panorama of whatever - vague architectural spaces, or in the deep space of a forest or lake. By placing her figure so distant, yet so succinctly in a space, the entirety of the space becomes imbued w/ the intimacy we would limit to the perimeters of her body. What great intensity of concentration in the images.
Posted by One Way Street at 7:41 AM