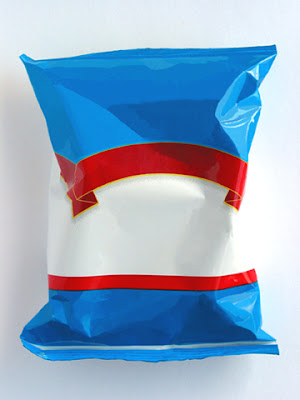 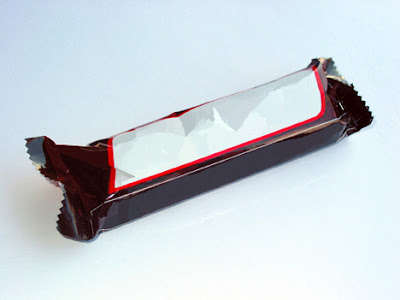 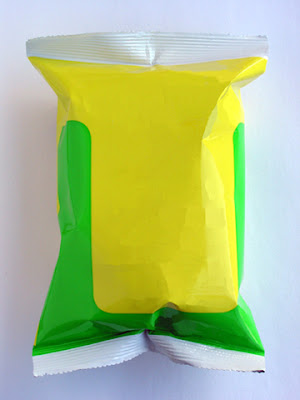 Through our mutual friend Barry Stone, I have the good fortune to be acquainted with the artist Derek Stroup.

Derek has 3 exhibitions on view currently, at the A.M. Richard Fine Art gallery in Williamsburg, the Williams Club, & at Pace University in Westchester.

Last night I attended the opening at the Williams Club, which is in a brownstone on E. 39th St. The show is primarily digital photographs of candy & chip packages, in which the language has been removed; This emphasizes the graphic elements of the packaging, which retain some recognizeability (Lays, Ruffles, Utz - for example), yet also slide into a quasi-formal state, enlarged & stripped of language. As things, as objects, they have a great deal of beauty - but also by virtue of their mass production, their reproducibility echoed as well in the medium of photography, it is a very witty, ironic beauty. Denuded of language, as things they become oblique. Derek's artist statement includes the thought that these are "perfect objects that don't exist anywhere in the world."

Also included are photographs taken of roadside signs in the 1970s by a Williams College professor, Sheafe Satterthwaite, which Derek has scanned & manipulated, removing the language from the signs (billboards, gas stations) such that the signs seem to mimic minimal art in the landscape - floating bits of enigmatic forms along the roadside. These are printed small - 5x7 inches - & are very interesting as landscapes. My sense is that the photographs were not intended initially to be viewed artistically, & yet like so much vernacular work, there is a creativity, freshness & strangeness as potent as any intended Work of Art. I hate to use the word "beauty" as that seems to put an inappropriate emphasis on the aesthetic, over the analytic, & I think that Derek's work works against the aesthetic as much as it may amplify it in his methodologies. There is as much attention to thoroughly mundane, commonplace materials, to this infrastructure of the ordinary, as such. The lack of language persists as just that: what are pastoral hills or chip bags without it?
Posted by One Way Street at 7:33 AM