Watching The Clock, or Time, The Destroyer 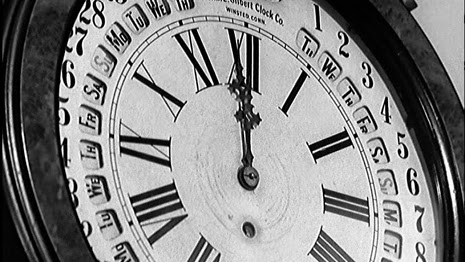 Slouching into my middle-ages I have reverted at times to the position of an oracle of negativity, with time as my ally: When you get to be my age/When the world becomes different from what you thought it was . . .

It's tiresome & I embarrass myself much too much with this posturing. As Jed Leland says in Citizen Kane: "What a disagreeable old man I have become." But if I could chart something that seems inconsequential, but related to my bad spirits: the measuring of time in the everyday.

As someone who grew up with clocks, watches, and what now seems simple technologies that also act as timepieces such as radio and television, there was certainly consciousness about the passing of time, but it was not until the insertion of digital technologies into life: computers, cameras, and phones which give us notations down to the second, with easy access. One could potentially walk away from a clock, once upon a time,  although in our contemporary logic that was a skewed illusion. But how deadly dull is it to be faced with the horrifying precision of these passing numbers, these dark spirits of rationality in the corners of our screens.

The one possibility of sublime in this technological logic is more precision. The rapturous moment in Errol Morris's Standard Operating Procedure is of all the cell phone cameras used in Abu Ghraib Prison being synced together, as they were not all synced together previously (a hapless margin of error to be corrected, that also becomes forensic evidence): this allowed for the scenes enacted by the phones to have an outrageously precise timeline of what happened to whom, like frames from a film. An impressive bit of technology but for an oldster such as myself, whose early role model of a sentient machine is HAL in 2001, this is also terrifying. 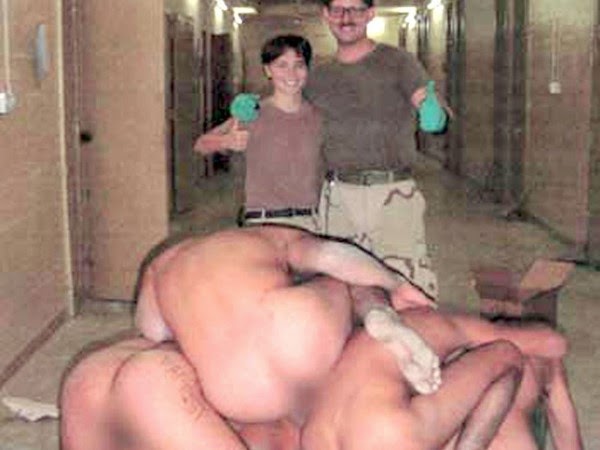 There was a long prelude to this in cassette and VHS recordings, in what now seems like a primitive appropriation of the gray areas of technology: people adapting recorders for their own purposes, their own urges to collecting and retaining sounds & images. Whereas now it's as if each one of us can be the Head Scientist of our homes, with such sleek precision. Our phones, our computers - they tell us what we need to know and what we can do in a downright professional mode.

The strange monument to this sense of perfect appropriation is Christian Marclay's The Clock, which I have been watching repeatedly at the Walker Art Center.

The logic of the technique has been seen before, in other projects by Marclay, and others, such as the thematic films (Lip, Love, Other) culled from movie fragments by Tracey Moffatt, or the psychodramas  wrought out of Hollywood films (Mother+Father) by Candice Breitz, among many others. These are all montages wrought out of existent films, which act as a lingua franca, or, if not an actual language, then at least a stand-in for our shared unconscious narrative drives.

What is ambiguous and terrifying about Marclay's The Clock is its monumental scale, time-wise - that it lasts 24 hours, like Warhol's Empire, and that when it plays it is synced with the actual time zone of where it is shown. The logic of The Clock is that each vignette leads to the telling of time, which is the time in which we are also spectators.

The Walker in an admirable readjustment of its own timetable will facilitate a few screenings which will be open 24/7, as otherwise viewing The Clock can be seen only in the real time of museum hours. This touches on what is perhaps a hidden Wagnerian strain to this project, that it traffics in the monumentality of time and space conflated, in special circumstances. This leads me to the aspects of The Clock, so seemingly perfect, which surprised me and I find this troubling too: how well done it is. It's downright seamless. The research into finding the clips and relating them into a meta-narrative is as daunting to consider as the precise passage of minutes and hours. There's a thematic thread among the clips which crosses decades of filmmaking and languages into a severe totality of telling time. This could be thought of as a dystopic Family of Man in which everything everywhere leads to the same inexorable thing: 24 hours to a day.

Whereas the montages of Tracey Moffatt, for example, exist by not connecting too well, the clips veer in tone or quality in a way that emphasizes a clash, a staccato sense of disruption; what I found eerie about The Clock is how good it looks and sounds. There's a complex aural landscape supporting this too, along with the visual effort to seam together what is otherwise disparate material. Everything becomes one big movie, which is a complaint I recall from an earlier Godard project (Histoires du Cinema?). In The Clock this position (do we need a position? good? bad? right? wrong?) is truly opaque given the scale of the piece.

& in a great synchronicity given the Walker's riches, in the adjacent gallery, as part of the exhibit Art Expanded, there is a set up of a John Cage piece from 1969, 33 1/3, in which multiple turntables are set up along with milk crates of albums, in which the audience can choose whichever music to play. The selection is now tatty & old, but not particular to the piece - 33 1/3 can be set up with any number of turntables & any albums available. The clash of the sounds is predicated on what is done by those in the gallery. There's an attendant from the museum (in my multiple visits I've noticed that it seems a little more regulated as time goes by - not as irregular or slovenly as it was on my first encounters). On line there's a recording of its first performance at U-C/Davis which sounds a lot more circumspect than our own media-drenched present time. There was no vogue for music spinning at faster speeds as a kind of hipster irony which I've witnessed at parties (I recommend a speeded up version of Diana Ross's Ain't No Mountain High Enough), or as what seems as deep an acceptance of din as the norm.

The juxtaposition of the Marclay & the Cage pieces also calls into question the ostensible tabula rasa of the Cage piece: is there really a kind of directionless potential in the Cage piece, given the elaborate time-coding we now experience the world through, as seen in The Clock? Can our motions be truly random, or are we in some sort of giant Skinner Box of culture, being trained without knowing it? These are wonderful pieces too: why does it feel so ominous? 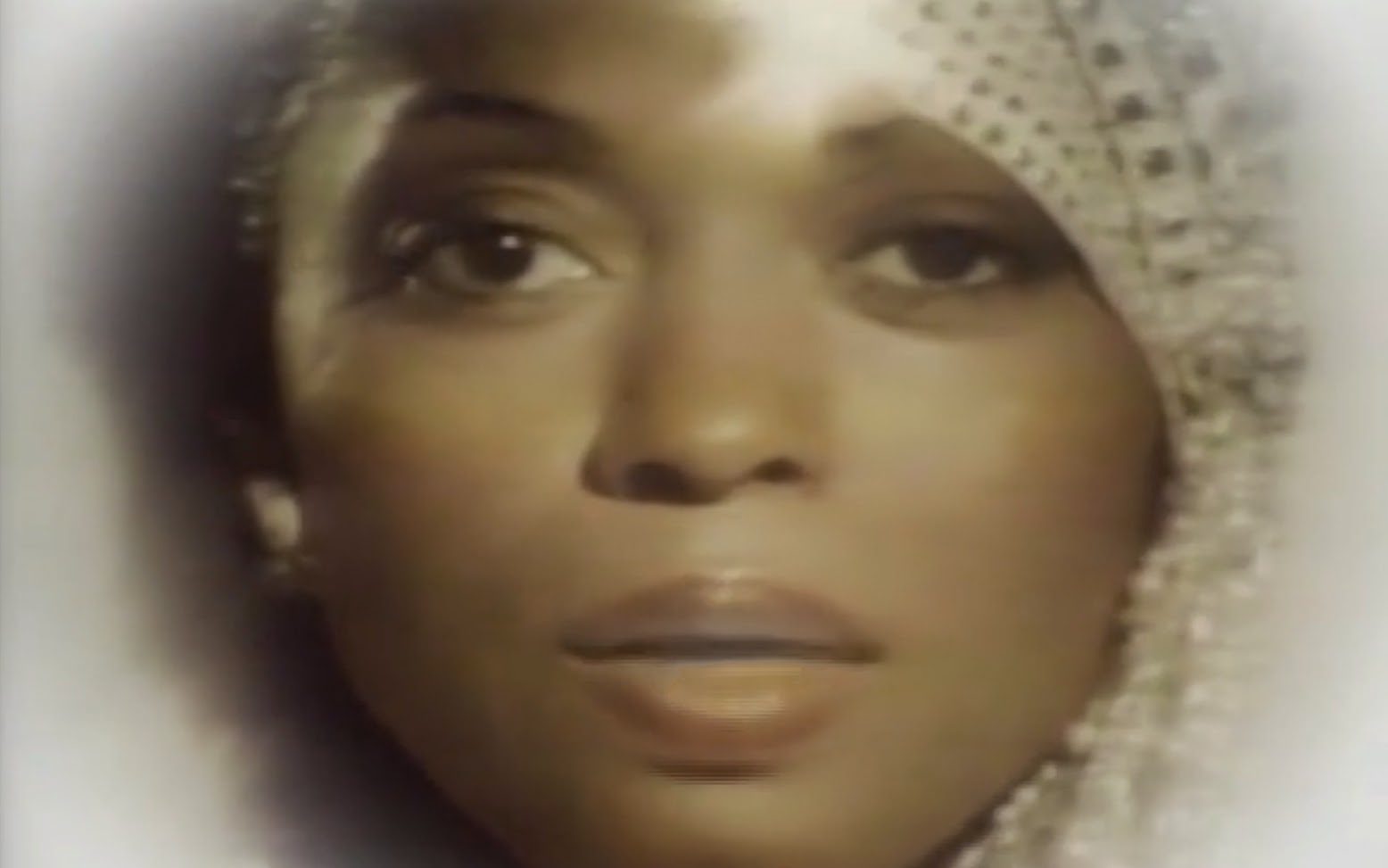