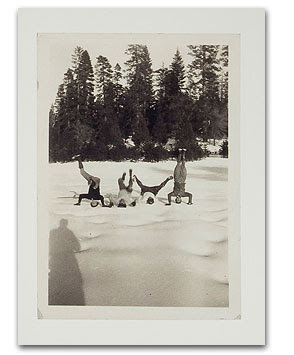 I had never thought to discuss The Book of Shadows as I enjoy it very much as a book & as a book it is marvelous, the collection I find witty & I don't know if I have anything more to say. How inert the images seemed, by contrast, on a museum wall. But perhaps this is more about the institutionalization of such random scraps - it is not the images or the collection which inherently make it as such.
Posted by One Way Street at 6:54 AM