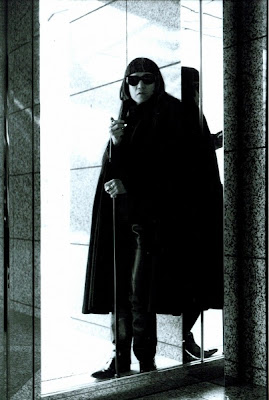 When I see Gillian Barberie on Good Day, LA, speaking about living in the Valley (hanging with her girlfriends Carmen Electra & Pamela Anderson), or more luridly, some of the late-night fare on Skinemax, such as Bikini Escort Company, I think to myself: this garbage is the dreamed-for Valley, this is mall-nirvana, but what it's really like is what I see in Cameron Jamie's work, which is more withdrawn & yet rages more too (besides being more interesting - no offense to Gillian Barberie). One could call it a kind of documentary of frustrations & horrors & stupidity too.
Posted by One Way Street at 1:37 PM