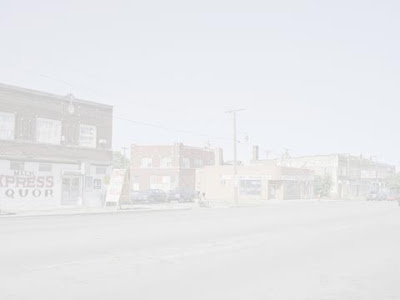 I first saw Paul Graham's project American Night as an exhibit at PS1 in Long Island City. It is also a book published by Steidl in 2003. Enormous digital c-prints of of some of the high-key images of the series. These images are printed as almost pure white: there is a visceral effect to the images akin to trying to see something in too-bright light, as if looking directly in sunlight or a lamp. The images are of figures tramping on the outskirts of edges of spaces - roads, streets, parking lots. The locations are varied: Detroit, Atlanta, Los Angeles, however the specific city is unimportant in distinguishing the conditions, which are generic. These are images that confront situations of homelessness, poverty, the dispossessed. But what is truly remarkable is the composition, which foregrounds the environment and places the figure in the background. This is an oppositional tactic to classical post-WWII photojournalism which has cast misfortune in much more clearly cinematic throes of anguish: the subjects are to act out their misfortune in the proscenium of the camera frame. The audience can feel both the sentiment of empathy and the safety of the conflict contained in the all-too defined image. Graham's work, albeit enormous, initially an experience of stately silence, presents a much more dystopic sense of the photograph as vessel of meaning. The distance between eye & subject becomes the content of the work, a kind of misery in inertia.

Traditional photojournalism embraces catharsis as an outline of conflict & also as a resolution of meaning - it allows the viewer to know the subject, of whatever it is, and in this knowledge the viewer can comprehend even that which may be jarring or incomprehensible, & also to move on, which, given a daily diet of disaster in the news, may have a needed therapeutic effect.

Paul Graham's work in American Night, as exhibition and book, uses what would be considered initially apolitical aesthetic strategies to impact a sense of class disparities, loss, and social abjection in a landscape setting - in the US the landscape representing the manifest destiny and splendors of the land. Huge prints, of a size comparable to Emanuel Leutze's Washington Crossing the Delaware, are unheroic, not beautiful, not ennobling. Suffering does not lead to an exalted state. Graham's techniques are didactic and confrontational, yet done with great delicacy, and a great respect to the lives of others. In classic Hollywood film editing, a close-up is used to indicate literally a close-up of emotion. Contra Hollywood, I think of films such as Michelangelo Antonioni's L'Eclisse, which ends with minutes of footage of the streets of the suburban Roman development, RUR, as the emotional end of the film (a drama of casual lovers in the modern world, the incompleteness of intimacy). The space is anti-dramatic yet it speaks of the complexities of the world, with deeper resonances.

This morning reading Rebecca Solnit's A Field Guide to Getting Lost, I came across this passage about mountain-climbing, which makes me think of the spatialization of Antonioni & Graham: "You realize that no matter how much terrain you cover, there's far more than you ever will. Mountaineering is always spoken of as though summiting is conquest, but as you get higher, the world gets bigger, and you feel smaller in proportion to it, overwhelmed and liberated by how much space is around you, how much room to wander, how much unknown."

We are put in a position not of understanding inequities by an illusion of intimacy, but of facing the unconcerned landscape itself, experiencing it as a ground zero of movement.

In Graham's book, the high-key, almost indeterminate images of forlorn figures are contrasted with images of pristine suburban houses, glowing like advertisements. This is in extreme contradistinction to the high-key images, the affluent suburban world more carefully composed, floating like advertisements, as evidence of quality & desirability. By highlighting differences, by emphasizing incongruities, Graham puts the viewer(s) in a moral labyrinth, without a map.
Posted by One Way Street at 11:22 AM