The Photon Articulator Museum (and Gift Shop) - The Ithaca Years 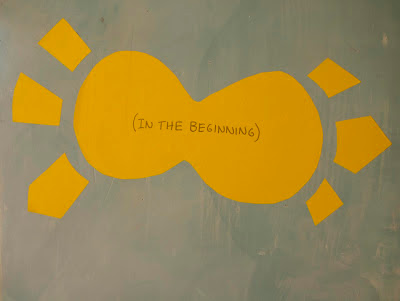 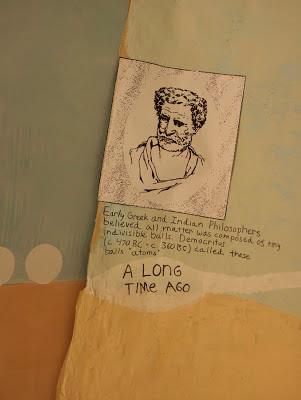 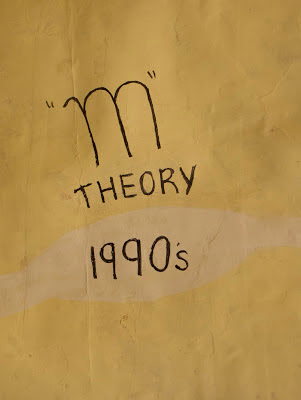 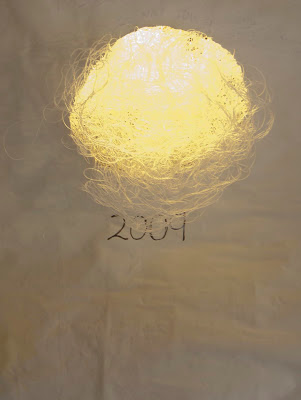 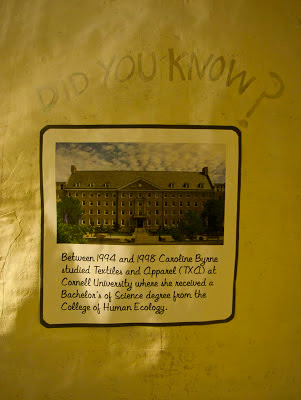 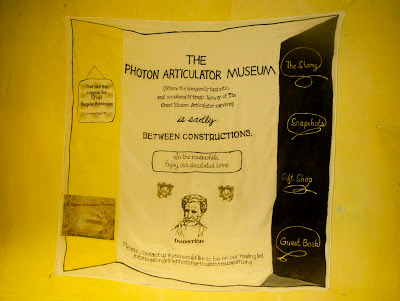 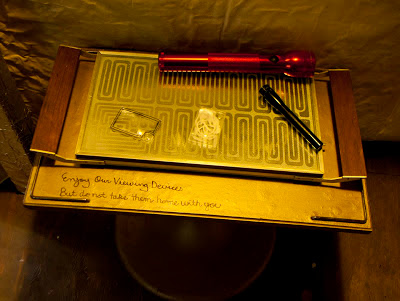 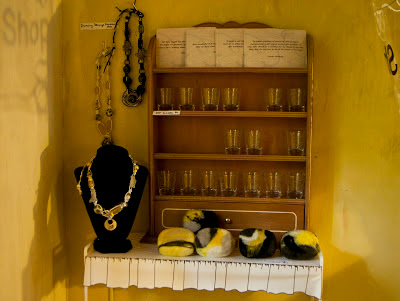 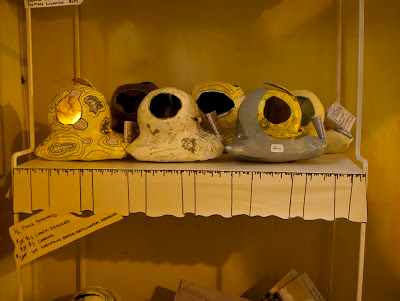 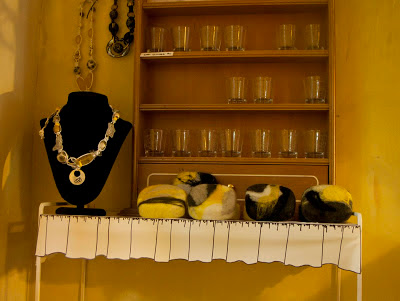 The Photon Articulator Museum (and Gift Shop) - The Ithaca Years at Station 923, is the latest iteration of a long-term project by Caroline Byrne. The Photon Articulator Museum engages with the aesthetics of a museum experience, its language and narrative. Like the timeline that is established in the small, confined space of Station 923, we follow the Photon Articulator from "the beginning" to an end, which in this case is a decorous gift shop installed in a small hutch, with jewelry, cloth-covered soaps, light-up souvenirs, and shot glasses. Information is painted directly on papier-mache walls, or on elegant scarves.

We find allusions to past versions of the Photon Articulator Museum, reminding us of its institutional morphology: This tells us there may be more to be found, somewhere in the past or the future.

The phrase "God is in details" comes to mind taking in the sensitivity of the colors, the attention to line and type, the varying surfaces of paper, cloth, and fiber. The parallel universe of the museum is sustained consistently: There is an unknown in it, which pulls in our attention like a net.

If I emphasize the parodic aspects to the installation I fear I will lessen its experience beyond its humor in regards to the special settings our world gives to the privileged information of museums, exalted crucibles of knowledge and illumination. The Photon Articulator Museum (and Gift Shop) is too delirious to be seen simply as a locus of great laughter in our local woods (although there is that, too, thank you). That said, the humor of the installation is at a perfect pitch, deadpan & laugh out loud.

The general form of the Museum reminds me of Los Angeles projects like the Museum of Jurassic Technology, or the Velaslavasay Panorama: how nice for us in the Southern Tier of the Finger Lakes to have a brief museological moment.
Posted by One Way Street at 6:32 PM No comments: 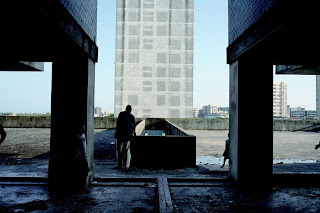 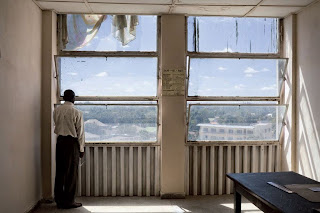 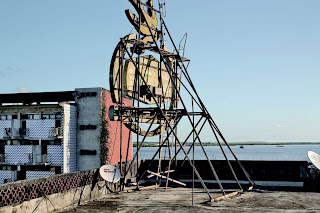 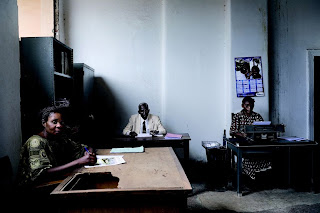 Posted by One Way Street at 6:14 AM No comments: