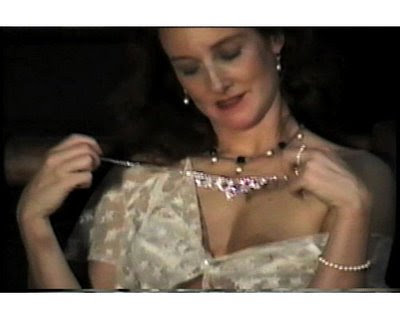 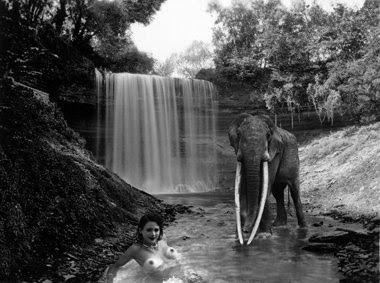 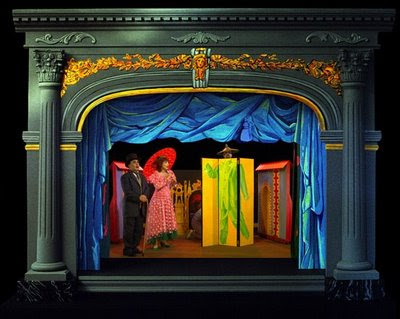 Leigh Ledare, "You Are Nothing To Me. You Are Like Air."
Rivington Arms

In school, in the late 1970s, in my "hippie college" there was a strong Women's Studies program. I knew a group of students in the program who declared themselves "separatists" which as I understood it, was a short-lived phenomenon, historically, but which was fairly articulate & developed, or so it seemed, at the time. There were houses where no men were allowed. Women were learning carpentry & plumbing to create a new infrastructure. This was a fairly iconoclastic mentality. & what I appreciated most about it was it's utter distance from & questioning of images, of media. Unlike the dull-normal bourgeois world which accepts whatever is there as a false sense of "natural", this was a dynamic, somewhat paranoic, awareness that media exists ultimately as a kind of training, a primer of appearance, of behavior, of role. If I were to continue my questioning of our lesbian separatist sisters I would query whether it was ever really possible to distance oneself from the general culture, especially now in our mediatized world wherein the intrusiveness of media is so omnipresent as to NOT seem present, as if we are all walking around inside our heads, even as the insides of our heads seem to resemble CNN, MTV, etc.

Such reactions came to mind the other day on my gallery-hopping Saturday, going from the Leigh Ledare show in the lower east side, to Chelsea, to the Jane Hammond show, & then Zoe Beloff at Bellwether.

The Leigh Ledare show, provocatively entitled, "You are nothing to me. You are like air." (what a great dis) involves more work done with his mother Tina, seen earlier in the year at Andrew Roth which also involved the publication of a book. Both the Roth show & the book are an extensive exploration of the artist's relationship with his mother, who is by all appearances an extremely complex, possibly difficult presence, & also rather provocative. In our all too Puritanical world, for a parental figure to embody any form of sexuality seems dark & dysfunctional, & in Ledare's work the mother is a fully sexualized figure. This has perhaps obscured Ledare's work, which is extremely sensitive yet also extravagant: this is a kind of baroque riff of what we see in something like John Cassevetes films, which are about revealing very uncontained, unruly emotional states. Emotional states which do not follow rules of decorum or social propriety. The show at Rivington Arms is much smaller & much more oblique than the show at Roth. It also includes 2 videos which are as interesting as the photos or the book. Both are loops. In one there is a view of a watercolor of one of Ludwig II's castles (w/ "Mack the Knife" playing) then scenes of the mother & her boyfriend in what seems rehearsals for a skit of some sort - the boyfriend in a tux, the mother in an evening gown. The mother is spanked by the boyfriend, lines are forgotten or mixed up. It is fragmentary & anti-climactic. The mother receives lascivious directions about her performance for the camera, sucking on rhinestone jewelry, told, "Kiss it like it's a cock." & so on. In both this & the other video in which the mother cries stage tears, one is more face-to-face w/ her has a presence & I must say, she seems like quite a character & very provocative (& not at all in terms of the roles that are being enacted). I found all this very humorous & also very moving. We live in a culture of too much "revealing", too much confession, which ultimately means nothing, & despite the seeming transgressive aspects of Ledare's portrayal of his overly-sexualized mother, it is really much more about discretion, sensitivity & complexity. It's not about sound-bytes about role or behavior.

There are also a remarkable series of self-portraits of Ledare posing as responses to personal ads. This is a curious corollary to the work with the mother - he is role-playing as much as his "subject." Both are implicated in these tableaux.

Such a parallel indicates a kind of trauma - not necessarily a trauma as perceived in a pop-psychological manner, but a general rupture & tension between parent & child. Parents are the first media (as it were) for a child, & offer templates of the world at large.

I must confess I was entirely unfamiliar with the work of Jane Hammond, other than knowing generally that she is an artist, & this was her first exhibition of photographs. & I can't discern whether they are good or not - I have no way to discern quality, but I found them provocative (which isn't so bad is it?). There were separate images, matted, framed, & then also groupings of faux snapshots, memorabilia. Images in which Hammond's face was photoshopped onto whatever figure was in the found image. This is where my memories of the separatist element at the RC came to mind - Hammond's images are not fine or beautiful or particular. She used anonymous snapshots, soft-core porn, stock imagery, all of which are made more ridiculous by the omnipresence of her face. Unlike the modernist Bauhaus experiments w/ collage which deconstruct mechanical images into a new vision, or Surrealist photography which creates a parallel universe of senses, Hammond's images are too prosaic & too pedestrian to be "uplifting" however the humor & mockery presuppose another kind of distancing & relishment of cliche imagery, of the pedestrian, of photo culture in general. These are very sprightly, informed images. Even when some start to look like the complacent fantasies of someone like Jerry Uelsmann, they still are so ridiculous, so silly - it's just impossible to take them "seriously" which seems their real strength. There's a Rene Magritte photo collage of oxen foraging in front of the Paris Opera, which is what comes closest to mind in assessing these images. Hammond uses fairly elaborate means to disguise her artifice - there is painstaking staining, yellowing, tearing, fraying of the images to simulate age. Also in imitation of the genteel deckled edges of old snapshot prints, there is equally painstaking simulation of such conventions of the past. This makes for a certain unease in understanding the pictures. What comes across is an earthy ebullience & mockery, although when exactly is it from?

Zoe Beloff's The Somnambulists consists of 2 rooms of toy theaters outfitted with digital projections. In the front room there are 4 theaters using "Pepper's Ghost" a stage trick of projections used for supernatural effects - using mirrors & scrims the figures appear transparent, ghostly. In each of these figures in loop re-enact filmed hysterics from past medical experiments involving film. In the back room, 2 scenarios, "A Modern Case of Possession" & "History of a Fixed Idea" are based upon case histories written by the French psycho-pathologist Pierre Janet. These are presented as musical entertainments, w/ Janet as a narrator-emcee, & are also done in stereoscopic format, 3-D, seen w/ Polaroid 3-D glasses. The conflation of psychological experiment, theatrical entertainment, & visual technologies (from early i.e. "Pepper's Ghost" to contemporary DVD projection)allows the work to exist in an open, critical manner. It incorporates history, psychology, theater, music, optical toys, film - the theaters themselves have a childlike hand-painted prettiness which offsets the actual "darkness" of the case histories. These are simultaneously childlike & wise, like puppet shows.

The Svengali-like role of Dr. Janet w/ patient baffles a clear distinction between doctor & patient into more of a symbiotic relationship. The observation & diagnosis of the doctor articulate the performance of the patient. Extended to entertainment & mass media, a pathology emerges in the everyday. Beloff has worked with the case histories and photographs of hysteria by Jean-Martin Charcot at Salpetriere Hospital, previously; these are images which now, more than a century later, appear more fantastical & posed than their initial presentation as objective scientific experiment. Both The Invention of Hysteria, by Georges Didi-Huberman, & Difference and Pathology: Stereotypes of Sexuality, Race and Madness, by Sander Gilman, question the culture of science - the Didi-Huberman book deals with Charcot's images in particular, which involve trances, paralysis, involuntary movement, facial grimaces. (One wonders about the pathologies of our own day.)

In 1995 the Montreal Museum of Fine Arts presented a large exhibition, Lost Paradise: Symbolist Europe, which included images of hysteria by Charcot, alongside, the graphics & paintings included in the show. Although never directly cited by the artists shown, the synchronicity of the images both artistic & medical can be uncanny. & in the 19th century, cultivation of illness & morbidity as a mode of aesthetic hauteur, meant hypersensitivity & rarified emotion & thought in a crude, industrial, mass-produced world. In such artistic circles it was also a sign of refinement & (spiritual & hereditary) aristocracy. Beloff's location of a similar estrangement in the even-more disenfranchised poor world of madhouse & cabaret is all the more plaintive.
Posted by One Way Street at 8:51 AM