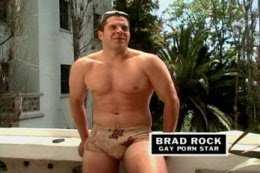 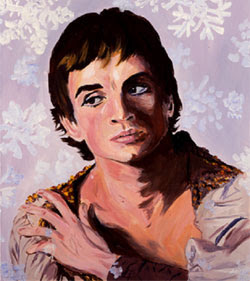 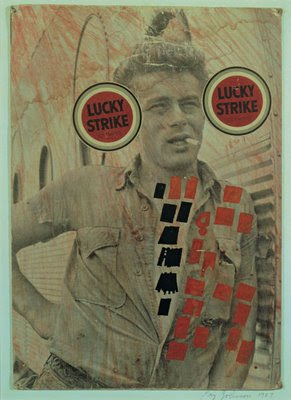 In my early photographic endeavors I had certain avoidances to what I would do, for want of better term. For instance: I avoided photographing scenes in which automobiles appeared. Cars act like clocks, or calendars, in images: they connote a more or less specific time. One can date, approximately at least, a photo by the cars in it. In my vagueness, I wanted to avoid all signs of a specific time (for no good reason necessarily - this was more a gut instinct rather than an agenda). I wanted my photos to float out of time, somehow.

Celebrity functions like the automobile: each year brings new models. There are those who can identify specific models & years, & others who cannot (I can barely distinguish one car from another, other than by size or color, for instance). What is special once can become laughably obsolete, very quickly.

As a suspicious consumer I feel wary about celebrity, even when I can simultaneously enthralled by it, by its enticements & distractions. It informs my everyday speech, even if only in disdain or mockery (evidence of its persuasive powers). Also, to give media credit - it basically distorts the everyday in a manner not unlike the Catholic Church, with a lot less guilt involved, even when equally repugnant. & its vulgar polytheism changes more quickly than the television seasons, such that today's horrors are forgotten in tomorrow's amnesia. Whatever it is - it will be over quickly. But that's just a knee-jerk reaction.

In The Painter of Modern Life, Charles Baudelaire made a distinction between eternal, "classic" beauty & temporal, contingent beauty. The latter has an infernal modern aspect in its rejection of permanence, "eternity." It speaks to the senses rather than to any intellectual or moral imperatives. It's ideals are of one's day, rather than the cosmos. Eternity itself is a dead perfect thing, outside of life.

While without the hubris of Baudelaire, Andy Warhol's silkscreens of pop "stars" (Elizabeth Taylor, Elvis Presley, Jacqueline Kennedy) elevate media images to an equivocal state which echoes some themes of the essay. The silkscreens can be perceived as transcriptions of existing imagery, as a kind of homage, or a queasy distortion of questionable iconicity (the images flattened by the posterizing silkscreen process, roughly painted in with solid colors). They are recognizable yet different. I have seen students try to copy the method & it invariably appears wrong somehow - the student work tends to be too clean, too well done, too reverential (one of my students made a grid of Anna Nicole Smith, after her untimely death). Even a witty pastiche such as Deborah Kass' images of Barbra Streisand still are a bit more laden with too much meaning - even if that word is a bit warped in this instance. Warhol's images simultaneously elevate & eviscerate what are ultimately all too brief cultural "icons." ("icon" is one of those words which should be expunged from the English language, for our own good.)

Stars as subject has a juvenile aspect: one's self is displaced in a vulgar polytheism of media celebrity, an Olympus of tabloid scandals & product placements. A excellent & vicious guide to the stars are the 2 volumes of Kenneth Anger's Hollywood Babylon. Anger may be the most Baudelairian of our contemporary artists in the extremities of his simultaneous relish & disgust in the wayward ways of Hollywood movie star egoists; monsters who built an oasis of decadence in the former deserts of Los Angeles.

Recently I saw Francesco Vezzoli's video Marlene Redux, which is a very funny "copy" of an E! Hollywood True Story - in this case termed "A Hollywood True Story" which is of the rise & fall of the artist Francesco Vezzoli, a narrative of success, then failure - Vezzoli lost in the sexual bazaar of Hollywood. Such a narrative is so much a cliche & so common in our tabloid culture - what would a parody actually accomplish? How different would it be? Still, it is a very well-crafted reproduction of the dizzying collage of edits & sound/image bytes & it becomes much more what I'd want to see on television - interviews (do such brief statements count as "interviews"?) with male porn stars & male prostitutes & gym trainers (*ahem*) & drag queens. The tale is much more decadent than the puritanical sobbings of US TV. As parodic as it may be, it is also a grandiose idealization of the form.

In a more global sense I'd state that the Vezzoli also reveals how much tabloid narratives have become extremely pervasive, & overlooked, in their ubiquity. They exist w/o question. There's a lot of pop star imagery in the arts which can ironic or not. I think of the paintings of rock stars & royalty by Elizabeth Peyton, which are extremely sincere - these seem quite similar to the work of Constantin Guys, who is the unnamed subject of Baudelaire's essay - both are kinds of elevated fashion illustration, & as such have almost a "documentary" value for the future, irregardless of one's taste for their styles. Will we even know who these people are in a few years? Looking at CDVs of royals & theater stars from the 19th century - who can identify them? Outside of the technologies used, is our world all that different? Celebrity seems most interesting when its obsolescence is acknowledged. (All these potential sequels to Sunset Boulevard. . . )

A more complex reading of our exploding pop inevitable is in the paintings, drawings, videos & installations of Karen Kilimnik. There is a violence & obsessiveness in her treatment of her pretty & cute subjects. Pretty becomes a kind of pathology, & the stars, real & imaginary, (Emma Peel, Leonardo di Caprio, Rudolf Nureyev, various Vogue models) become quite monstrous in their appeal. Kilimnik's work deals a lot w/ the reception of & reaction to media as a kind of invasive species of consciousness.

& in the case of an even more complex & enigmatic artist, Ray Johnson, whose collages & drawings & mail are full of images & names of stars, the stars themselves are internalized & abstracted to a kind of nothingness, as hermetic clues which never reveal themselves, & there is a much louder laughter (of sorts) coming from Johnson: the stars are there & they are nothing but cut paper playthings, filler for nonsense lists & fake meetings. Johnson's art is about sitting on a void & dawdling on it, making games & jokes out of a great big disappearing act.
Posted by One Way Street at 2:45 PM