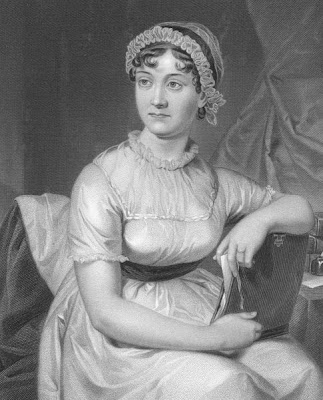 Her work has endured for two centuries, sold in its millions and inspired countless film and television adaptations. But would Jane Austen be able to find a publisher and an agent today? A cheeky experiment by an Austen enthusiast suggests not.

David Lassman, the director of the Jane Austen Festival in Bath decided to find out what sort of reception the writer might get if she approached publishers and agents in the age of Harry Potter and the airport blockbuster.

After making only minor changes, he sent off opening chapters and plot synopses to 18 of the UK's biggest publishers and agents. He was amazed when they all sent the manuscripts back with polite but firm "no-thank-you's" and almost all failed to spot that he was ripping off one of the world's most famous literary figures.

Mr Lassman said: "I was staggered. Here is one of the greatest writers that has lived, with her oeuvre securely fixed in the English canon and yet only one recipient recognised them as Austen's work."

Mr Lassman admits that personal disappointment as well as academic interest prompted his experiment. A little like Austen, who initially struggled to find a publisher, he has been unable to find someone to champion his book, a thriller called Freedom's Temple, a modern take on the story of Theseus and the Minotaur. "I know it isn't a masterpiece but I think it is publishable. Yet nobody wanted it. I was talking with some friends and we wondered if Jane would find a publisher or agent if she were around today."

So, styling himself Alison Laydee - a play on Austen's nom de plume A Lady - he typed up chapters from three of her most famous books. First he sent off Northanger Abbey, calling it "Susan" - a title Austen had used for an early draft - and changing the name of the heroine from Catherine Morland to Susan Maldorn.

Mr Lassman expected to be branded a fraud. But he was surprised when publishers and agents failed to spot they had been sent the work of Austen. Bloomsbury, publisher of the Harry Potter books, for instance, suggested the chapters had been read "with interest" but were not "suited to our list".

Still, Northanger Abbey is not seen as one of Austen's great books, so next he sent off Persuasion, under the title The Watsons. Again the letters of rejection flooded in. JK Rowling's agents, Christopher Little, were among those who turned it down, saying they were "not confident" of being able to place it.

Then he played his trump card, sending off Pride and Prejudice, calling it First Impressions, again an early title Austen had used for it. The names of the main characters and places were changed, but with no great guile.

And he did not change the opening line, one of the most famous in world literature: "It is a truth universally acknowledged, that a single man in possession of a good fortune must be in want of a wife."

Still the deception was not spotted and the rejection letters thudded on to Mr Lassman's doormat, most notably one from Penguin. Its letter read: "Thank you for your recent letter and chapters from your book First Impressions. It seems like a really original and interesting read."

Only one person appeared to have spotted the deception, Alex Bowler, of Jonathan Cape. His reply read: "Thank-you for sending us the first two chapters of First Impressions; my first impression on reading these were ones of disbelief and mild annoyance, along, of course, with a moment's laughter.

"I suggest you reach for your copy of Pride and Prejudice, which I'd guess lives in close proximity to your typewriter, and make sure that your opening pages don't too closely mimic that book's opening."

David Baldock, director of the Jane Austen Centre in Bath, said he was amused and disheartened by the experiment. He added: "It's interesting that there are these filters that stop work getting through. Clearly clerks and office staff are rejecting these manuscripts offhand."

Publishers and agents yesterday tried to explain what had gone wrong. A spokesman for Christopher Little said: "Our letter was a polite note declining representation and provided a standard response. Our internal notes did recognise similarities with existing published works and indeed there were even discussions about possible plagiarism."

A spokeswoman for Penguin pointed out that its letter had said only that it "seemed" original and interesting. "It would not have been read," she insisted.

It is a truth universally acknowledged, that a single man in possession of a good fortune, must be in want of a wife.

However little known the feelings or views of such a man may be on his first entering a neighbourhood, this truth is so well fixed in the minds of the surrounding families, that he is considered as the rightful property of some one or other of their daughters.

"My dear Mr Barnett," said his lady to him one day, "have you heard that Weatherfield Manor is let at last?"

It is a truth universally acknowledged, that a single man in possession of a good fortune, must be in want of a wife.

However little known the feelings or views of such a man may be on his first entering a neighbourhood, this truth is so well fixed in the minds of the surrounding families, that he is considered as the rightful property of some one or other of their daughters.

"My dear Mr Bennet," said his lady to him one day, "have you heard that Netherfield Park is let at last?"
Posted by One Way Street at 7:42 AM