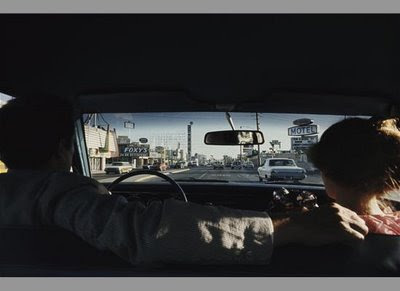 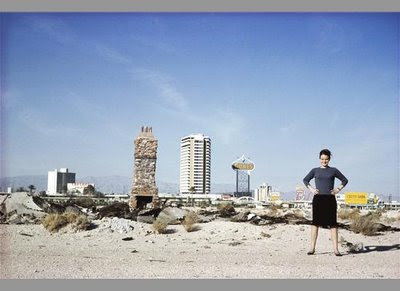 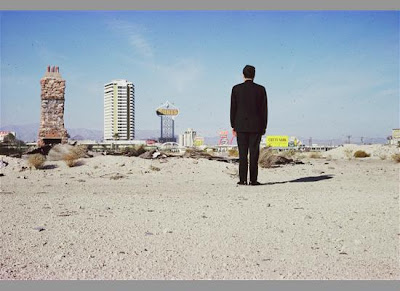 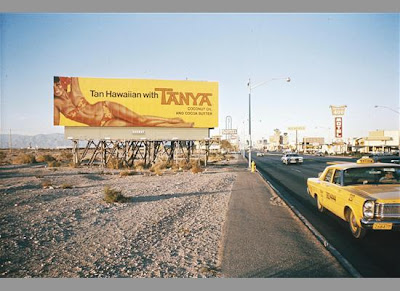 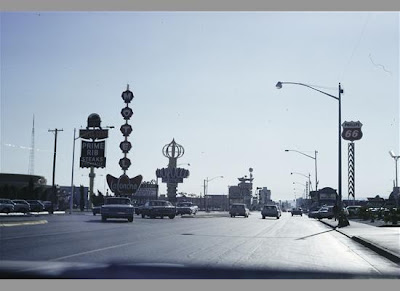 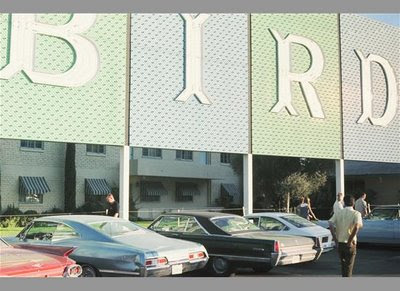 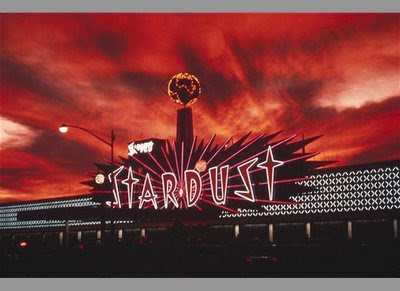 is a catalog for an exhibit at the Museum im Bellpark, Kriens, edited by Hilar Stadler & Martino Stierli, in collaboration with Peter Fischli. The book includes an essay by Stierli, a conversation "Flaneurs in Automobiles" with Peter Fischli, Rem Koolhaas, & Hans Ulrich Obrist, & an essay, "Tableaux," by Stanislaus von Moos. The images are from the archives of the architectural firm of Venturi & Scott Brown, & were made as part of a class they taught at Yale in 1968 in which the sprawl of Las Vegas was studied, resulting in the book Learning from Las Vegas - Revised Edition: The Forgotten Symbolism of Architectural Form

. The class included prints, slides and films of Las Vegas collected as part of the research, some of which were used as illustrations in the book. The first edition was physically large and included more images, whereas the more commonly known second edition included images which are in miniature on the page, in a sense de-emphasized, but still crucial in the book's role as a kind of manifesto of the strip, of sprawl, of vernacular car culture as a site of learning.

As an amateur in the field of architecture I will refrain from saying much about Venturi & Scott Brown's ideas, but I will say I have always been struck by the images in the 2nd edition, regardless of their miniaturization, & that the catalog of their image archive is a delirious collection of what is now a long-lost world of unconscious automobile excursions (cheap gas, the charm of the highway strip) & "old" Vegas, before it became a place of Disney-scale family entertainment.

The photographs are emphatically not "fine" - they have none of the spectacular aspects of then-contemporary commercial architectural photography (Julius Shulman, Ezra Stoller, Balthasar Korab) & instead are executed in a laconic, amateurish, mechanical manner. It is easy to see parallels between the Venturi & Scott Brown images & the self-produced artists books of Ed Ruscha (Every Building on the Sunset Strip, Some Los Angeles Apartments, Twentysix Gasoline Stations), in scale & lack of visual inflection: & it is noted in the catalog that Venturi & Scott Brown visited the studio of Ruscha in Los Angeles & were well aware of his photographic work, as they began their work! Given the heroic scale of most architectural photography, one can see the images, which as much as they rely on chance, on the aesthetics of the amateur snapshot, as being quite deliberate & intentional. In tandem with the text of Learning from Las Vegas, this reifies a looking at the most common vernacular forms as a place of study. To quote Denise Scott Brown: What environment lies about us, and how is this different from what the media of a dominant culture suggest should be there?
Posted by One Way Street at 8:56 AM