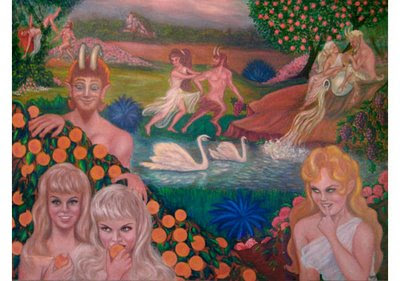 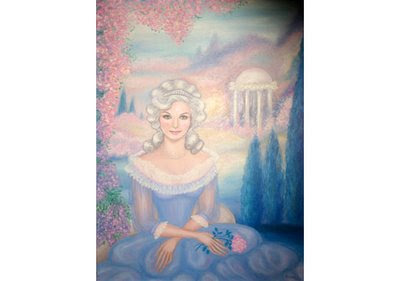 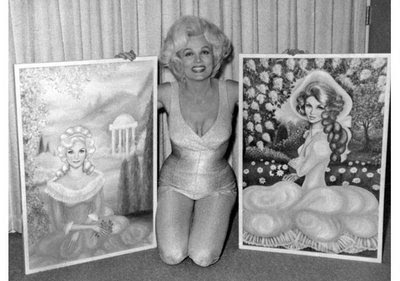 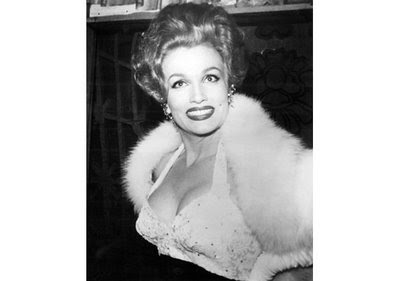 Somewhere I read that the Surrealists had a guerilla-style method of moviegoing: in which they would enter random movies at random times, with no attention to the title or qualities of the films, & then leave when they found it uninteresting. This has always seemed next to impossible to do in our society. Without following current Hollywood films, the glut of advertising, journalism and tabloid fodder informs even the least attentive. I always have some preconceived idea about entertainments I would never otherwise approach, which I find intrusive & irritating. (One friend dealt with such information by simply taking sides - deciding what was meritorious or bad - without ever bothering to see the actual film, at which point he could argue his case for hours).

Still, at least in my memory, there is one moment where I somehow walked into a midnight movie, while at school, without seeing the title or knowing what it was I was going to see & it was John Waters' Female Trouble

. It was both a surprise & such a delirious film, seemingly out of nowhere, that I think of it to this day as one of my formative cinematic experiences. I think of John Waters as comparable to a late 19th century aesthete - he is a keen arbiter of tastes. He is the opposite of a character like Andy Warhol, who valorized banality & consumerism. Waters is about appreciating the special, in whatever form that may take.

Also, reading Waters' book Shock Value, I first learned about Liz Renay (also her book title is cribbed in Female Trouble, when Divine's bandages are removed after having been disfigured with acid by her mother-in-law & someone utters the poetic phrase . . . .), & I found a paperback copy of her first book in a used shop on Woodward Ave. in Royal Oak, My Face for the World to See

. This would have been circa 1979, which makes this more or less the 30th anniversary of my initial reading of My Face For The World To See, as well as the last day of the Liz Renay exhibit at Deitch Projects, which I was very happy to attend.

Liz Renay's story is both ubiquitous & unique. Her narrative of dreaming herself out of poverty, the uncannily beautiful daughter of Puritanical holy-rollers, who finds her own in sex, in movies, in dreaming of a better, more interesting life for herself, & being waylaid in strip joints, prison, etc. is ostensibly banal but given her amazing bravado in the face of continual adverse circumstances & her relentless resourcefulness, one sees instead not just a kitsch show-biz narrative, but an attempt to go further, to endow the processes of living something other than a passive acceptance. I think the best show biz narratives are by those on the outside or outskirts of "success." A successful Hollywood actor is a corporate robot who will never express the slightest honesty, The only comparable memoirists w/ Liz Renay would be the very disparate characters such as former silent film vamp Dagmar Godowsky (author, First Person Plural), & actor-turned-true-crime-writer John Gilmore. But both Godowsky & Gilmore had more Hollywood success than Liz Renay. I have seen her one major film role, in A Date With Death, & she is remarkably awful in it. In terms of Hollywood "success" Liz Renay is a remarkable failure, & not according to her memoir of shoulda, woulda, coulda, either. The delusional aspect to her memoir is its strongest kitsch element, yet one can't help but applaud her intrepid pragmatism in dealing with her circumstances.

My copy of My Face For The World To See is still beside my bed, in tatters. I can quote from it at some length, beginning with the opening:

The room spun crazily as I downed another glass of champagne. Oh no, I thought, I better watch out, I'm getting high again . . .

The mention of champagne is remarkable - I have counted at least 69 occurrences of the word in the book. I think semioticians would appreciate the book as pleasure, luxury & ambition are all presented as animated things. The ubiquitous luxurious glass of champagne, for example. Or on her way to a screen test: Banks of ivy lined the drive to Burbank.

The book is about the contradictions of life: fashion model becomes stripper out of immediate monetary need. hopeless romantic, mislead by several men, becomes her own author, as it were, in declaring her own desires & needs. down&out? renay finds a way out. model, actress, stripper, singer, writer, painter - it is all done with such earthy humor & conviviality. Although Renay is remarkably discreet in discussing her association with Mickey Cohen, I appreciate her kiss-&-tell attitude about dating Hollywood actors: on a scale of 1 to 10 Burt Lancaster is a 10 (of course) & Jerry Lewis is 2. & even her time in prison becomes dramatic fodder. Fighting off a bull-dyke's advances, Renay gets the woman to admit the genesis of a life gone bad: from the childhood loss of a pet chicken, Lil'Naked, which was unfortunately served for dinner in a time of need. Amidst chaos, Renay becomes her own heroine.

In her book Renay discusses her painting, which I had never actually seen before. For those looking for inspiration, in the book there's a remarkable passage about painting an entire show in one night - opting to paint abstractions for time-saving, & playing different kinds of music to put her in appropriately varied moods. The work in the show at Deitch is all figurative & shows a great range of fantasies. From Eve offering an apple to Adam to a platinum blond Marie Antoinette. In the book there are mentions of gallery openings on 57th street - I am trying to imagine what that was like.

I tried to keep myself aloof from the smoke-filled dens, but sometimes the moan & wail of the saxophone got to me, & my heart beat as one to that lowdown, bluesy beat. . .
Posted by One Way Street at 11:48 AM

'My face for the world to see' is most definitely one of the best memoirs I've ever read. I'm also a big fan of John Waters and the Dreamlanders and it stunned me that you didn't mention Renay's acting in Water's film 'The desperate Living'. I think one can really appreciate her as an actress only in that movie.