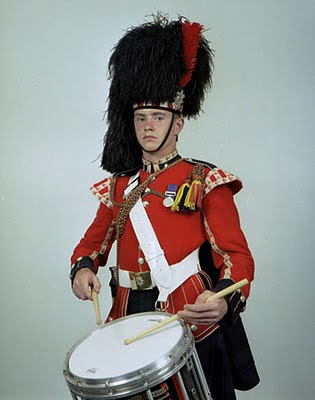 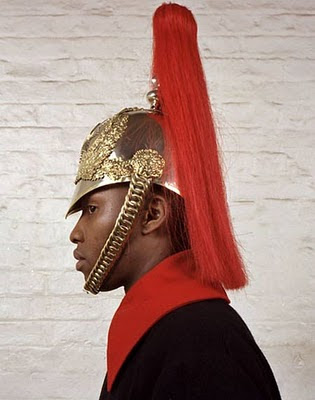 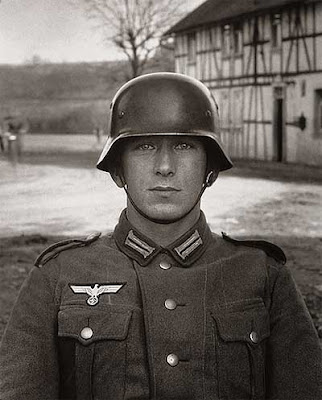 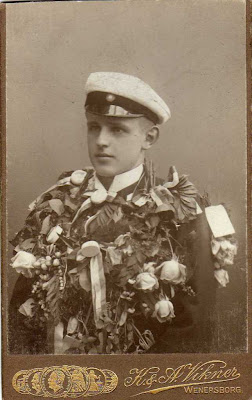 Charles Fréger's work is known in the US primarily through his books, collections of portraits of collective social roles (such as legionnaires, wrestlers, water polo players, majorettes, performers in Chinese opera). To use a term used by dealers & collectors of 19th century photography, Fréger's images would be occupationals - the subjects of the portraits are looked at for what they do. The viewer can see the difference between each face, but the interest is in the repetition of their bearings, not their aberration. Although there is more to be said about that, later, & any fascination which may result.

The book Empire is of various European honor guards (excuse my lack of more precise military terms) in uniforms now so antiquated that they have become exotic kitsch, magnets for tourists, ignorant, like me, of any more precise symbolic meanings. Fréger's photographs are done with a brilliant even lighting of high professional skill, as well as attention to detail in the format, focus & color. This has a bewildering effect in using photography in a very classic descriptive way, which can seem almost retrograde; yet in the intense repetition in the various projects, as well as their unpretentious specificity, I find something which seems different which I would like to explore more.

Fréger's methods which are for the most part frontal, central, posed calls to mind a common technique of commercial photography, as well as serial work by artists such as Rineke Dijkstra, early work by Katy Grannan, or recent work by Deana Lawson. Fréger's subjects are much more distinctly sociological (specific types of athletes or soldiers). Fréger can seem less artistic, more photographic, as a result. But I would argue that that is what gives his work it's particular strength. If looked at as a style only, the subject can seem too heavy, too literal & also weirdly uncanny. This is where my association w/ Deana Lawson comes about as she works with genres which can seem outmoded & highly recognizable & yet the images are so strange to look at & contemplate.

Viewed historically, Fréger's projects bear a strong resemblance to the loose but voluminous archives of August Sander, or the vernacular 19th century portraits of street types & trades, or ethnic types, seen in cartes-de-visites & lantern slides. Such imagery has a pre-photographic history in graphics depicting the same sorts, which was for a cosmopolitan clientele who could view these things from a level of sophistication far from such everyday quaintness.

While the pre-modern "street types" were for an aristocratic audience, the introduction of photography into daily life could emulate the forms yet w/ its unusual emphases on its specificities, it's reality-effect, the photograph would transform a hackneyed social type into something more ambiguous & threatening.

What comes across in the near-taxonomies of Fréger is both a general form & its discrepancies. Any sort of ideal isn't in the person but the trappings which cover or transform him or her. Especially w/ military figures Fréger is unheroic & unsentimental. & yet rather than appearing as meaningless types the subjects have a dignity in their monotonous shells, a kind of nobility that isn't in what they are doing but what they seem to endure.
Posted by One Way Street at 3:44 PM